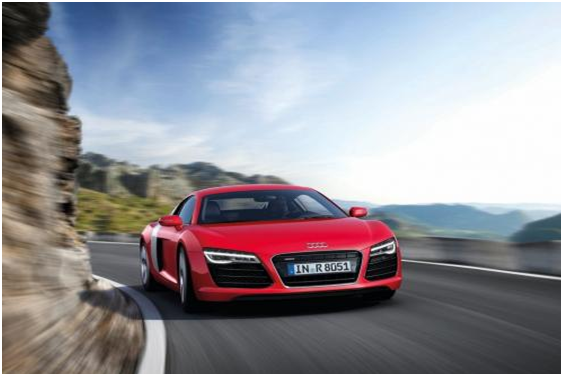 Audi began its operations in India,as a division of Volkswagen Group Sales India Private Limited in the year 2007. It has attracted the rich Indian consumer and the upper middle class with a range of sedans like the Audi A4, Audi A6, Audi A8, and Audi Q7. Audi R8, which made its debut in India in 2013, is a very expensive and fast sports car designed for feisty performance and agile handling. 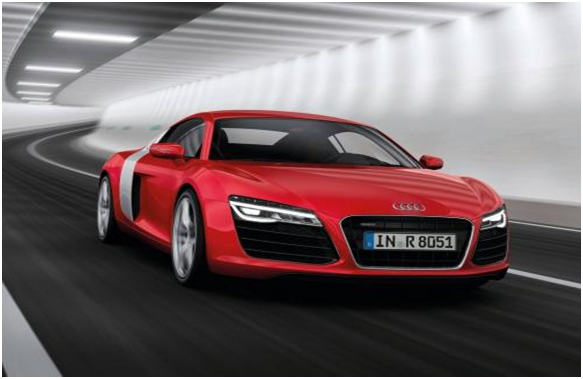 The 2015 R8 is essentially the second generation model which was first introduced at the 2015 Geneva Motor Show within range of Rs 1.71-2.32 crores. This model is also a two seater, has all-wheel drive and is available as a coupe or as a convertible. There are many exterior changes and technology advancements in the new model.

The Audi R8 is built on the same platform as of the first model, but it is upgraded with Audi’s modern Modular Sport System. The car is 174.0 inches long, 76.4 inches wide, and 48.8 inches high, it is wider, lower but a little bit shorter.The car is much lighter now due to its new lightweight aluminium frame and also use of carbon fibre composite materials. It is one of the most good looking super cars in the car market.

The seats are made of leather and alcantara with plenty of room for the two passengers and they are more supportive now. It has 3.5 cubic feet of storage space in the front trunk and also an additional place behind the seats. The flat-bottom steering wheel is fitted with four buttons to select the modes, open the exhaust flaps, and to start and stop the engine. The centrally mounted screen is gone and instead a TFT monitor is placed directly in front of the driver. Standard features include Bluetooth, satellite radio, navigation and Audi’s MMI infotainment system, a rear view camera, a 12-speaker Bang & Olufsen audio system, front and rear parking sensors and an iPod connection.

The R8 remains an all-wheel-drive car and the engine is available with either a six-speed manual or seven-speed dual-clutch automatic transmission. The standard V10 model gets 540 horsepower and 398 lb-ft of torque, while the mighty V10 Plus is rated at 610 horsepower and 413 lb-ft of torque. It takes 3.5 seconds or 3.2 seconds to cover 0-60 kmph, and the top speed for this car is rated at an astonishing 201 or 205 mph. The driver can select different driving modes including Dynamic and Performance for dry, wet, or snowy conditions in order to deliver optimal handling.Fuel economy is around 14-23 kmpl in cities and highways respectively.

Kiamaide - The Benefits Of Retail Auditing

buy albuterol over the counter

Henryvaw - Reasons Why Using A Vehicle For Advertising Is Effective