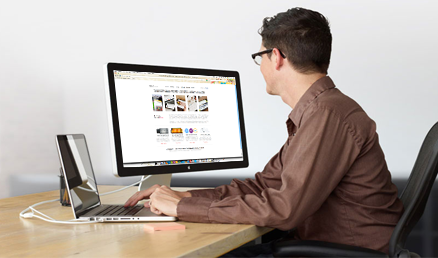 Many web development and web design professionals are enjoying the freedom as freelancers. They love to be their own boss. In this case, they happily get into the same self-employed mindset. Many people are enjoying the benefits of being freelancers and become successful independent contractors. However, many freelancers don’t realize that although they are not committed to specific companies, they also have verbal agreements and sign contracts with their clients. In online areas, freelancers are able to make a living through many sectors, such as video editing, translation, web design and web development. Even for web developers and designers, they could specialize on specific fields that best match their aptitude and training. Because many companies seek to cut down on overheads, freelancers are now able to take advantage a gamut of potential jobs in diverse fields.

In this case, web designers and developers can be flexible and they are able to choose organizations and clients to work with. They can make a decision about how long they should get involved in a project. Being their own master could sound like an appealing proposition and they may even indulge in determining when they should work with the client. They could even call the shots and make decisions when performing a project. This could be achieved if clients see web developers and designers as experience professionals. Many freelancers earn a significant amount of money by earning from multiple streams of income. In fact, they will hire other freelancers in the industry to boost their revenue. By working with multiple clients, they won’t go through financial difficulties if one of them is unable to pay the stipulated amount or unable to pay on time. This factor should encourage many employer web designers and developers to earn an income from their home. Many freelancers are actually professionals who have honed their skill sets.

These people are trained to take on multiple jobs when they were employed. They could also undergo training in more lucrative fields. Being multifaceted and versatile should help freelancers to bring in more income. Clients should be assured that they are able to cut down on expenses, such as salary, overheads and taxes associated with hiring full-time web designers and developers as their employees. This will require specific amount of motivation, because freelancers could also be required to perform multiple time-consuming tasks. Regardless of the advantages, freelancing isn’t all about bed of roses. They will acquire very little if they lack the motivation. On the other hand, unmotivated and less productive employees could still earn money through monthly wages, something that freelancers can’t get if they work less. They could also be affected by the designer’s or developer’s block, which deprive the quality of their works. Although they have acquired a sizable amount of money, it is still important for them to effectively manage their finances. It means meeting specific financial goals. They need to be creative in both delivering quality works and managing their internal operations. This can be quite overwhelming for some people, because they need to have multiple roles.

price of levitra in canada

Jackmaide - How Students Should Communicate with One Another?