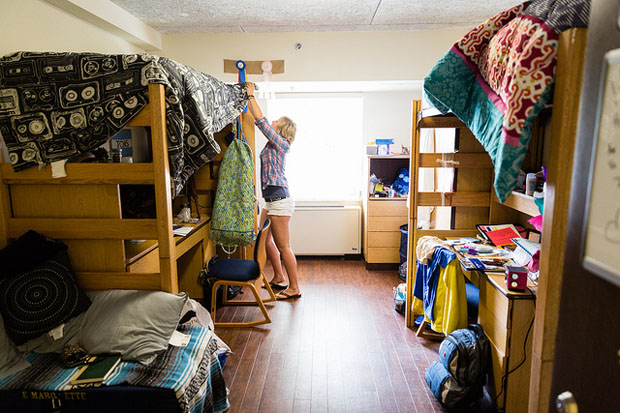 Dorms are inhabited with a large number of strangers who live together in close proximity. Because they are generally younger people, this could be a recipe for disaster. People could have different background, especially if the university involve people from other parts of the world. Many are young people who live on their own the first and time. The absence of adult supervision could create a volatile mix, because many students are actually excited with their newfound freedom. Unfortunately, many students don’t have room agreements or contract. In some cases, it is possible to prevent much of the arguments and conflicts by creating written agreements between roommates. This will help multiple people to get along when they share a room. It is important for people to have written agreement that properly specifies different details. As an example, loud music should be prohibited after 9 PM and dirty laundry should be placed immediately in the container. This will ensure a much smoother transition for both roommates.

However, it is possible that compromises can’t be met and problems continue to escalate. This would be a good time to ask staff for helps. They are experienced enough in handling disputes in the dormitory. They should have different methods to help u work out our differences. In any case, dormitory staff won’t separate roommates, unless there is something more serious that can happen in the near future. It’s important for students to work towards a proper solution. If we are unlucky enough to have a horrible roommate, we should inform him/her that some big changes or adjustments need to be made. If our roommate plays the electric guitar at highest volume or smoke continuously, then something really has to change. In some cases, freshmen are allowed to request a transfer within a specified time limit. So, it is important for students to act quickly. If we are sure that the roommate has violated the rules, such as stealing private properties or using drugs; then it is important to inform the school administration.

If the situation has become serious enough, parents could feel that they need to intervene. This is especially true because parents have invested a lot of money for their children’s education. They don’t want their children to experience unexpected things that can ruin their academic performance. However, it is possible that the situation could become much worse, if parents decide to step in. In this case, it is better to let dormitory staff to settle the differences between roommates.

They should be instructed to create a clear roommate agreement and staff should regularly evaluate whether the agreement is followed properly. In some cases, problems could be caused by unending retaliation. As an example, one student could forget that it is already past 9.30PM and they shouldn’t play loud music. Another student could have poor communication ability and can’t remind his roommate about the violation, so he tries to communicate indirectly by retaliating and strewing dirty laundry all across the room.

GrantNug - How Freshmen Should Deal with Homesickness?

DavidTreld - How Freshmen Should Deal with Homesickness?

TimothyFuefe - How to Onboard Your New Customers