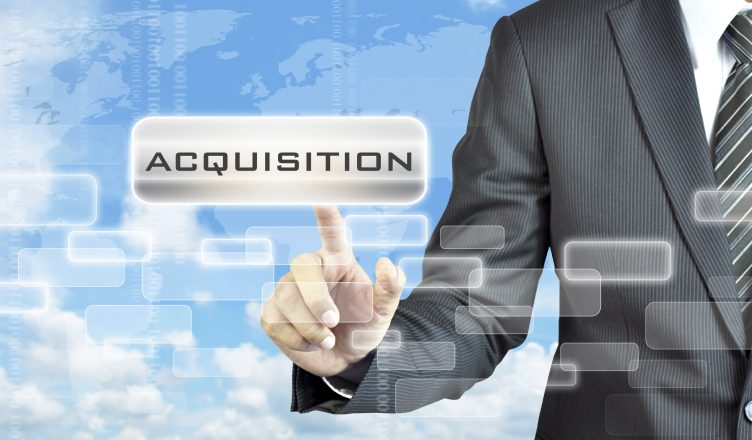 Mergers and acquisitions are a staple of the corporate landscape, with companies acquiring other companies on a regular basis. These acquisitions are made in the hope that they will lead to more sales and greater profits in the long term, while the owners of the company that is being acquired can cash out after many years of patient investment.

The reasons behind business acquisitions

An executive team can decide to acquire another business for a number of reasons. In the technology sector, acquisitions are often made so that the acquirer can get into a trending new technology. Some companies acquire their rivals to try and eliminate a competitor, though regulators can bar such an acquisition if they think it will reduce competition levels too much.

Acquisitions are also a way to jump-start growth. A cash-rich company that is seeing a slowdown in revenue growth can opt to acquire a fast-growing company that may be in need of cash for further growth. Though the reasoning behind an acquisition is usually sound, post-acquisition reality can sometimes turn out to be slightly different.

What happens to a business that has been acquired?

Acquisitions can be complex processes, depending on the size of the company being acquired and the number of employees involved. Sometimes, acquisitions create an overlap in roles and jobs, which can mean that some employees in the company that is acquired are asked to leave, often on a voluntary basis. There can also be tricky discussions around the leadership of the newly combined firm, as leaders in the acquired company will still want senior positions.

If the company that is acquired has a different, complementary product line, the acquirer will usually integrate these products into their existing offering, and this could involve changes in branding and marketing. However, sometimes the company that is acquired continues to be operated in a completely autonomous way, as if nothing has changed except the ownership itself. This can happen when the acquired company has a very strong brand and loyal following that is deemed worthyof protection.

How a business acquisition contributes to success

Business acquisitions generally build scale and diversify product portfolios. A business that cleverly acquires complementary companies – and at times, even rivals – can find that it is in a stronger position to compete in the market. Evangelos Marinakis has found this to be the case as he has built a large shipping business over decades, becoming one of the most prominent players in the Greek shipping industry.

The success of an acquisition depends greatly on the efforts made to successfully integrate the acquired company once the deal is done. Acquisitions can sometimes involve a clash of cultures and management styles, so some compromises will have to be made. Giving some of the employees in the acquired company top positions can build goodwill and help to retain other important employees in the company that has been acquired.

nxdjtdab - How to Develop a Solid Online Presence in your Town?

Williamboutt - Reasons Why Using A Vehicle For Advertising Is Effective

Do you like to play? You can do more! Visit us http://realraptalk.com/__media__/js/netsoltrademark.php?d=www.ledwang.com.cn%2Fspace-uid-269904.html Latest news

XlmLX - Reasons Why Using A Vehicle For Advertising Is Effective

Do you like to win? Don't sit around! Look here https://www.yardedge.net/entrepreneurs/whats-up-at-the-wanderer-yardedge-talks-to-colette-garrick?unapproved=2513563&moderation-hash=4733471b30838040cc52040ed13fec04 Cool features

sklpekaa - Guide on How to Become a Paralegal

UgqDZ - Reasons Why Using A Vehicle For Advertising Is Effective

Do you want to be the first? Don't stop! Look at the link http://www.aykhal.info/go/url=https://forum.800mb.ro/index.php?action=profile;u=54206 Interesting stories

DuaneLaw - An Understanding of Horse Racing: The Sport of Kings

BukOZ - Reasons Why Using A Vehicle For Advertising Is Effective

Do you want to be the first? You deserve more! Find what you need here http://djstephens.com/__media__/js/netsoltrademark.php?d=aiseclub.com%2Fspace-uid-1330967.html Latest news

JosephMip - An Understanding of Horse Racing: The Sport of Kings