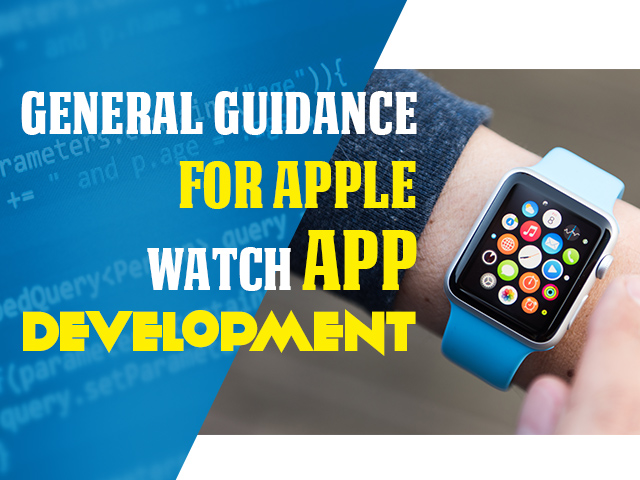 As more and more people are shifting towards the trend of wearable techs and smartphones, the demand of apps also seems to have a progressive increase even if they have to pay for it especially the iPhone and Apple Watch users. The only thing matter to them is the qualitative results. This emerges as a great opportunity for the app developers to learn and grow intellectually as well as economically as once the app goes viral, their earnings will grow tremendously with every tap.

Are you also interested in building an Apple Watch App by yourself? This post will serve you as a great guidance in terms of developing your first very own app. Hope this will be simple to understand as each step is comprehensively explained from starting-to-finish. Don’t worry, you won’t be taught with the basics of Swift or Objective-C as that is something even beyond the scope. All you need to do is follow some simple tricks to create your first app.

Ready? Let’s start ahead.
1)    Animate Using Image Sequences: Apple Watch’s animations can be created using the chronologically labeled image resources that get repeatedly looped by the system. In addition to that, you can specify the range of images that you want to animate for a specific duration of time with a stipulated repeat count or reverse the entire animated sequence by defining the duration with the negative value.
2)    Keep Image Sequences on Apple Watch: All the animated sequences should be designated on Apple Watch every time when the animation is kick-started. To develop and store sequences for the further use, it would be preferable to add pre-defined sequences for your WatchKit app bundle or simply add an animated object of UIimage in the image cache using WKInterfaceDevice. For reducing the loading time, you can create animations using the minimal images possible while delivering the best visual effects.
3)    Utilise the Settings Bundle: Let the users have the control of WathKit app settings by allowing them to use the settings bundle just like iOS. This bundle is often unmasked in the Apple Watch app on iPhone.
4)    Go Candid With Dictation: Are you using the text input controller for activating the dictation when you can put people directly to dictation without any sort of mediocre sheet by offering no suggestions and keeping the mode of text input simple and plain.
5)    State Restoration: You can also retrieve that state of your app as well as its user interface with interface controller’s method namely didDeactivate: and get it restored to the previous state with the method willActivate: available in the root controller.

This general guide will be of great help to start off with the creation of your very first Apple Watch app development. There are some more tricks concerned with the performance and communication that you will get to read in the later posts. Stick Around!!

Author Bio: Macy Jones is currently working with AppXperts as a mobile app developer. Diving deeper into app development related stuff keeps her busy apart from her coding structures. Through this post, she is revealing some general guiding rules of the Apple Watch app development to help out the budding app development professionals.

mobil erotik sohbet - An Understanding of Horse Racing: The Sport of Kings

I read this post fully regarding the difference of latest and previous technologies, it's awesome article.