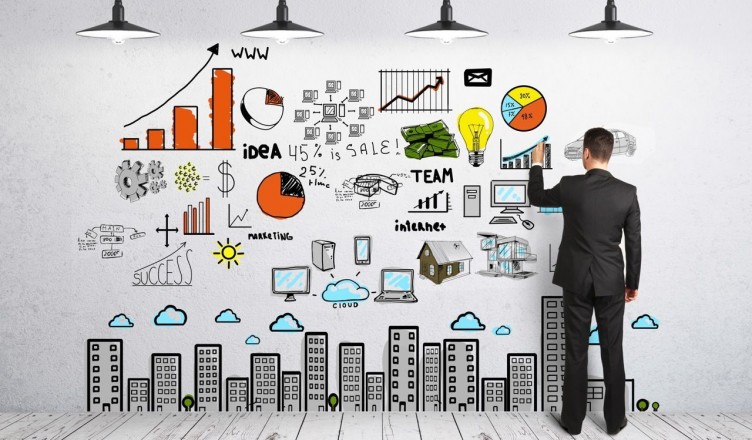 Back in 2004, when I first started in the SMB promotion business as a young public relations guy fresh off the University of Montreal school benches, I have to admit I had many difficulties finding clients. Remember that in the beginning of the 2000s entrepreneurs still did most of their own promotional efforts by themselves, essentially relying on good word-of-mouth and a couple well-placed ads in the local papers.

I had the chance to meet an old friend whose parents were in the first stages of launching a new agricultural product in rural Quebec and with a few good words, I managed to convince his father that he could benefit from the PR skills I acquired in college to help him get a jump-start on his business.

Now, because of contractual restrictions, I won’t be able to tell you which exact product he was trying to sell, but just let me tell you that even if it was somehow equivalent to all of its competitors, good field work in the region helped him get the upper hand and opened a lot of doors for the future of his business.

So without further ado, here are the 3 reasons that explain how I skyrocketed a small company’s notoriety by investing in the right marketing tools.

1) The Power Of Looks

The first thing I established with this first client is the importance of looks in the success of today’s business world. Even though I knew that most of his potential clients were independent farmers, I stressed the importance of dressing like a real businessman when reaching out to them.

The truth is, even though they think they do, serious farmers don’t want to buy agricultural products and equipment from other farmers. Like any other entrepreneurs, farmers want to be successful and whether they like to admit it or not, they are more inclined in closing a deal with a guy dressed in a 4,000$ suit than with a guy dressed in dirty overalls.

That is why the first thing we did on the first day of my trip down in the country was to go to the nearest mall and buy the most expensive business suit we could find.

2) The Power Of Words

Once my client was properly dressed, we sat down at the kitchen table with a good cup of coffee and discussed how we were going to pitch the product to potential clients. This is a step too many entrepreneurs skip, or plain out underestimate. The thing is that consistency, regularity and coherence are the three keys of good sales pitch.

After a good brainstorming session, we came up with a series of words and expressions that we were going to use in every single promotional material we were going to distribute, as well as in the pitch routine my client was going to give to each new group of potential clients.

Have you ever wished people talked more about your product? Well, give them the words to talk with and half of the conversion effort is done! By using the same structure, the same keywords and the same examples in each of your sales pitch, people are always left with the same information and when they talk it over between neighbours or business partners, they are essentially saying the same words and thus, spreading your message the way you built it!

A good catchphrase, a funny anecdote, a well-thought presentation, these are all great ways of controlling was is being said about the products you are selling.

3) The Power Of Presentation

Upon my arrival, my client had already confirmed his participation in the annual trade fair that was taking place in the nearest town. One of the biggest events of the year for local farmers, this trade fair was an opportunity to put new agricultural products and equipment on full-display before the eyes of potential clients.

Even though most equipment sellers, including way bigger companies, were planning on a pretty straightforward presentation, I successfully convinced my client that investing in an extravagant exhibition stand was the way to go if he wanted to put out a statement during that particular event.

Together, we came up with a flashy design that was sure to catch the eye of every single visitor of that year’s Farmer’s Trade Fair. Even though it was a pretty big expense, I convinced my client that he could use the stand every year and just update and freshen it up a little to keep its boldness through the years, I honestly wouldn’t be surprised if he was still using it today!

I saw this as the next logical step after building up a strong sales pitch, getting exhibition material that could communicate in an efficient way the same message spirit through bold graphic promotional tools.

My first client, my biggest success

That whole experience was a real success story and it didn’t take long for other companies in the same field of business to contact me in order to boost their PR efforts. Unfortunately, I was never able to achieve similar results in my following engagements.

I often miss the old days where commercial promotion was done on the field, shaking hands and delivering sales pitch face-to-face.

Today, I am working in a big PR firm and most of my days are spent behind a computer screen, daydreaming to the good old memories of that hot and exciting 2004 summer!

Michaelphoge - How to Onboard Your New Customers

Ralphthype - How to Onboard Your New Customers

CorryTex - How to Onboard Your New Customers

DarrylTiz - How to Onboard Your New Customers

Davidliedy - How to Onboard Your New Customers

Sammaide - How to Onboard Your New Customers

Teomaide - Points To Choose The Right Warehouse For Your Products

Curtisphore - How to Onboard Your New Customers

Daviddor - How to Onboard Your New Customers

DavisWab - How to Onboard Your New Customers