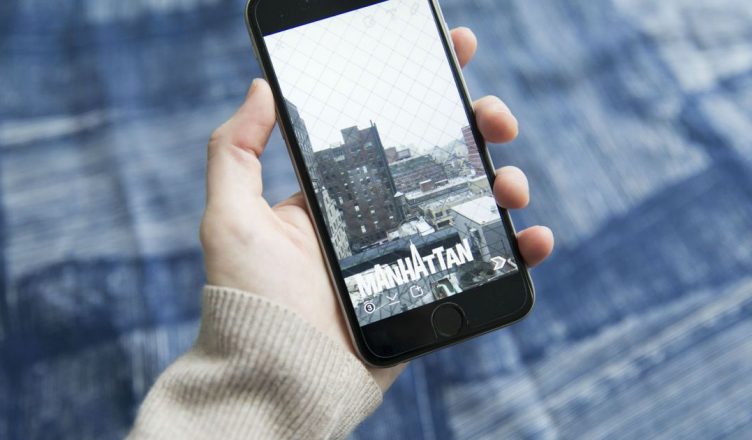 It has been a long time since mobile apps stopped to be publishers’ challenge. Instead, publishing companies offer apps to their readers while providing them with new, engaging experience often based on Augmented Reality (AR) technology.

In its essence, Augmented Reality enables users to see digital content overlaid onto physical world refilling the gap between real and digital and connecting both worlds into a synthesized reality. Initially, digital objects are invisible and appear on the screen of a smartphone/tablet only when users scan a marker with their device cameras. AR software recognizes the marker and displays a relevant model.

Augmented Reality has been a hot trend for the last two-three years now. We have witnessed its integration into various products. Industry leaders presented AR apps for toys, games, catalogs, and lots of other products.

Augmented Reality books are no exception. Some publishers (The Little Mermaid by Book and Magic, and Alice in Wonderland by Sony among the most notable) have presented Augmented Reality apps for their next projects.

Just few of the benefits of AR for publishers:

Improved visualization. Books have illustrations and every illustration can be a marker that activates a 3D model readers can view from all sides and thus, get more information about the object of interest.

Easy access to additional content. Apart from 3D models, illustrations can activate explanatory videos or links to additional resources helping users reach essential information they will have to reach with too many efforts otherwise.

Gamification. This suits for both educational and entertaining (coloring, popup) books. For example, readers complete tasks based on the story as an extra game on a smartphone/tablet and as the result, they can see different story lines. Also, when readers can play with the book-based games, they interact with the book universe and boost their creativity modifying it.

Therefore, AR is not just a sort of technology for tech-savvy youngsters. It is well-suited for everyone and for every type of books that have (or need) illustrations helping place more information on the same space.

Wide spread of smartphones – you need only a smartphone/tablet to run an AR app, no extra device required. Hence, every smartphone user can be AR app user; potential (real too) audience is huge.

Technical improvement of both AR engines and smartphones. There are special engines (Kudan, Vuforia and others) that enable smartphones to run AR apps. All engines as well as smartphone hardware are far more better than two or three years ago making possible improved user experience.

Affordability. All publishers need for app development are quality 3D models. AR apps are easy to build and to test. Also, an AR module can be integrated into an existing app stimulating its use and/or in-app purchases.

In conclusion. How much AR does a book need? It can be an AR module when a publisher already has a mobile app and wants their users to spend more time on it and on the books. Or it can be an alone-standing app when there is an interesting book and there is more content a book can actually contain. However one is certain: in five years we are going to experience how AR will transform from a nice-to-have feature into a must-have one.

They’re inspirational quotes. https://apostrraff548.com Now compare that proverb to this famous aphorism. Another success aphorism comes from Chris Grosser. The part in Star Wars where Yoda says, There is do, or do not. Yup, you guessed it. That’s not what you expected, was it. This quote came from Wales, first appearing in an 1866 publication. Their direct, witty approach is what makes these self-evident truths powerful. Let’s get started. Now that we’ve covered the aphorism definition, are you ready for more examples. Another success aphorism comes from Chris Grosser. George Washington is known for his wise sayings. Have you ever felt frustrated when other people didn’t meet your expectations. One of his most notable is, An ounce of prevention is worth a pound of cure. (I say these words to make me glad), For example.

Ugomaide - Points To Choose The Right Warehouse For Your Products