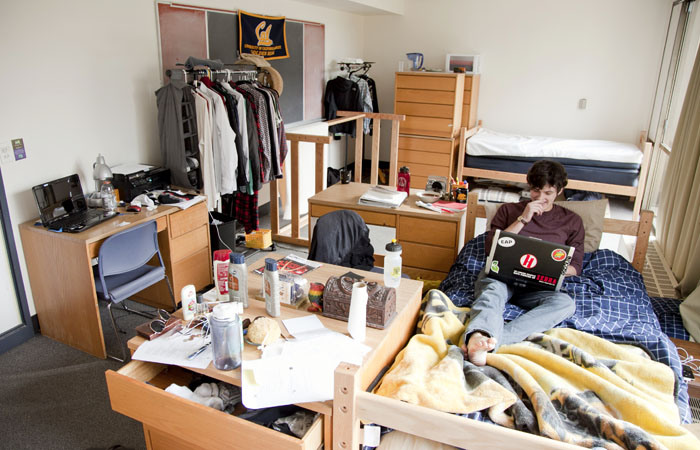 Many students often need to deal with difficult roommates while they are in dorms. Many students think that their roommates are the worst possible individuals. There are different methods to deal with roommates. In many universities, people who take similar classes and courses are often grouped together to improve learning process. However, other universities take different approach, so students could have different points of views by sharing a room with students of different courses. Some universities require students to fill out housing questionnaires. Parents could also be interviewed by the phone about their children’s lifestyle and habit. University staffs often find that students don’t have the proper and realistic views. Some students could think themselves as a local celebrity and behave somewhat inappropriately in the dorm rooms. In this case, students should make sure that they could best live in the dorm room better, so they won’t be disappointed about specific things.

The university questionnaire could ask for different details, such as study habits, music preferences, typical sleep patterns, commitment to healthier lifestyle, ways to concentrate and neatness. A dormitory is often filled with hundreds of students, so university need to consider the complexity that is caused by diversity. As an example, differences in culture and religious beliefs could cause some potential problems. As an example, some people could have different dietary restrictions, due to health or religious factors. In this case, it is important for students to properly inform the school about this fact. If students need a quiet room to study, they should write it in the questionnaire, because they will be grouped with students that have similar preferences. In general, people love to stay in a place with others who have plenty of similarities. As an example, highly active athletes would prefer physically active roommates to keep with them. Some students could also be grouped with roommates with similar ethnic, religion, country or others.

Before taking this route, students should think carefully. This is important because students need to share a space with people who are likely to be different, despite the university’s effort to group people with more similarities. Sharing a room with other students can feel quite awkward, but after making a few adjustments, it is possible to have a much better understanding. By having a roommate, students should be able to learn with one another. However, we should be aware that some universities randomly assign students in the dorm room, so it is possible for us to share a room with three of four roommates with different personalities. It is believed that contrasts in a dorm room will encourage a sense of community and students won’t gather only with friends who have more similarities. There are advantages and disadvantages of choosing roommates with plenty or no similarities. In general, many freshmen are not too happy with their roommates, but eventually they could start to develop strong relationships, which could last long after the graduation day.