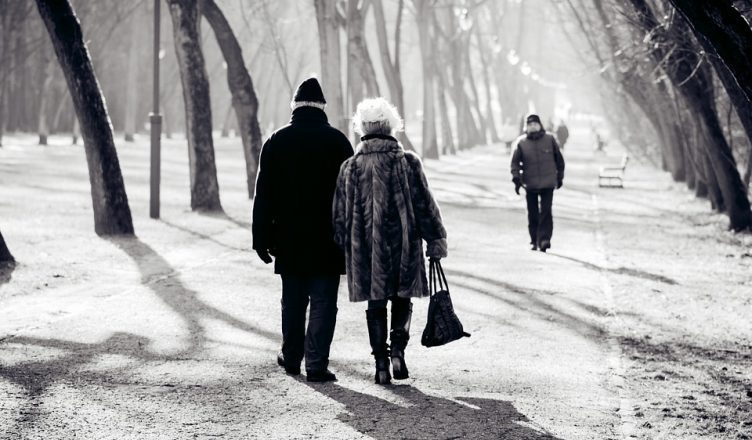 One of the most overlooked population segments in today’s society is without doubt represented by seniors. Our elderly loved ones are often forgotten or excluded altogether when it comes to laying out our country’s economic and political plans. This inability to include them as a potent and active part of our society does not only have a strong impact on an individual level, since it affects the psychological well-being of our elders directly, but also on a larger scale, leading to the waste of important opportunities that could boost the national economy.

Studies in the UK highlight the numerous reasons why elders should be better integrated in today’s society. In the list below we are going to explore them more closely and analyze the ways in which we can help create a more wholesome and tight-knit society:

A survey conducted by Australian-based Central College Online on pensioners, aged from 65 and over shows that 7,6% seniors are afraid of being financially vulnerable in older age. According to a survey performed by the Eurofund, a staggering 53% pensioners would still rather be working and feel they have been imposed a retirement date that doesn’t necessarily reflect their true physical and mental capacity. As opposed to simply pushing this date to later years, a solution would be to encourage and enable those who do want to work longer. Many 50-year olds have the vitality and will to compete with younger people, not to mention the experience that the latter category lacks.

An astonishing 37,4% pensioners surveyed by Central College Online are concerned with a loss of physical ability and independence, and overall fear a general deterioration of their health. Serious illnesses aside, most older people suffer from at least one condition that impairs their social abilities. It may be poor eyesight, arthritis, incontinence or any other seemingly minor affliction that induces fear and downright embarrassment, causing them to avoid leaving the house. Countless studies have shown that it is precisely the lack of socializing that causes untimely death among seniors. The solution is to address those specific health issues and provide seniors with means of socializing whenever possible. The more they avoid isolation, the healthier and more fulfilled they’ll ultimately feel.

Regardless of age, we all need to feel secure, joyous and motivated in our lives. It is especially difficult for seniors to engage in activities that will give them a sense of purpose and make them feel empowered. It has been shown that programs meant to give seniors a pet to take care of are a win-win situation, with fantastic results in lowering depression and loneliness rates for elders, as well as an increase in the number of properly cared-for animals. Depending on the state of their health, seniors can choose the pet they want to and are able to take care of, be it a low-maintenance parakeet or a dog that needs to be taken on regular walks. Of course, a great alternative lies in allowing them to tend after a garden, where they can grow their favorite fruits and vegetables.

The same survey conducted by Central College Online highlights a rather novel concern emerging among elders, regarding the relatively troubled political scene worldwide and emphasized by the recent Brexit vote and the American presidential elections. The Middle East is plagued with wars and conflict, while Europe has started looking more and more like a minefield, following the increased number of terrorist attacks. All this, paired with a continuous disregard for the environment is definitely leaving a considerable psychological mark on our elders, who fear for the safety and well-being of the generations they leave behind. This can only instill empathy in us and make us think more about reducing conflict in our own private lives in order to avoid spreading it around in the world at large.

All in all, even though significant steps have already been taken across the globe, we need to further strive to integrate seniors in our community in order to strengthen the economy, lower unemployment and offer better wages for all employees, as well as to simply have a more cohesive society, with healthy intergenerational relationships and happier individuals.