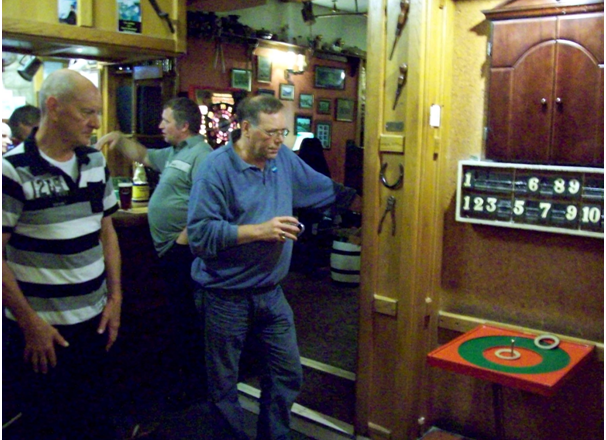 The institution of the British pub might have suffered over the last few years but a new incentive being launched in England, Scotland and Wales is hoping to bring it back to it’s former glory while simultaneously giving young entrepreneurs the opportunity to thrive in the industry.

According to a report in The Guardian the number of UK pubs declined to it’s lowest level in a decade during the latter half of 2015 with an average of 27 pubs closing per week. Factors such as the smoking ban and lowered drink drive limit are thought to be contributing to the decline. Now, a new statutory code governing the trade has been rolled out.

The incentive will give protection to landlords when it comes to the rates of drink costs and rental charges when they begin running premises that are owned by certain major breweries and pub chains.

With many landlords being forced to pay through the nose for supplies like beers, spirits and draught soft drinks, studies indicate that many were earning less than minimum wage. This new incentive will prevent this, guaranteeing the security of those working within so-called ‘tied pubs’ and ideally propelling them into long and rewarding careers within the industry whilst ensuring business for more trusted suppliers like https://empireuk.com/post-mix-products/post-mix-carbonated-soft-drinks/.

Although the traditional pub landlord may be stereotyped as an older gentlemen, the figures show that 24,000 under 25’s currently work within the pub industry – many of them choosing to run their own pub through the tied model. Running a pub, particularly one with living quarters above it as is common in Scotland, is a big commitment but by working in partnership with major players in the hospitality industry under the support of the tied model, young people have much less risk in their landlord roles. Not only does this present them with the opportunity to gain entrepreneurial experience and set them up with a career for life, but it breathes life back into communities by creating jobs and giving the locals their much loved public houses back. It’s a win/win situation for everyone.

And with the popularity of gastro-pubs, craft beer and quirky watering holes all on the rise…it seems as if the humble pub could be about to have a revival.

Judymaide - Points To Choose The Right Warehouse For Your Products

DarrylTiz - The Benefits Of Retail Auditing

Ashmaide - The Benefits Of Retail Auditing