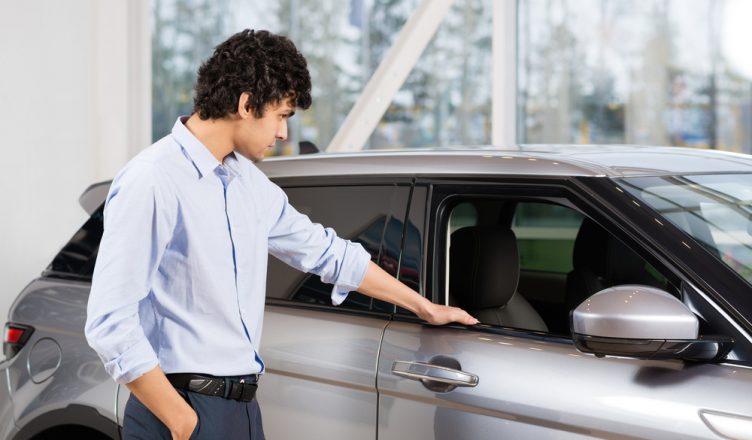 If you pay much attention to the news, chances are you noticed the massive lottery win that happened recently. The prize went to a hospital worker and made national news given that it totaled $758.7 million – an astronomical sum that saw her already worth more than some of the biggest names in sports and Hollywood. News like this tends to get us all fantasizing about what we’d do with that kind of money: what we’d buy, whether or not we’d quit or jobs, what we might do instead, etc.

Well, unfortunately you’re probably never going to win $758.7 million out of the blue. You’ll probably never even win $1 million out of the blue. But there’s some fun in imagining what you’d do if you had license to just let loose and spend a little bit of extra money – so you might consider applying the same concept to the next time you receive a raise or a promotion at work. All too often we get excited about these steps forward, but then simply buckle down and keep working. Instead, take a moment to celebrate and treat yourself with a portion of your newly inflated paycheck. Don’t go wild – that’s almost always a financially irresponsible decision – but consider a few luxuries.

These are just a few things most people might not mind splurging on that they wouldn’t ordinarily buy just for the sake of treating themselves.

Upgrade Your Ride – This is probably one of the most popular ideas out there that people want but won’t actually cough up the cash for. Unless you lease and upgrade regularly, chances are you often feel that your car is a little outdated, and you wouldn’t mind upgrading. Well the extra money after a promotion can give you a nice excuse to sell your vehicle and buy something just a little nicer. It’s easier than it’s ever been to search for cars online, and you don’t necessarily have to get something brand new and expensive. You can find a used car that just represents something new and fun for you without frying your new paycheck right off the bat!

Take A Trip – A promotion usually isn’t enough to inspire a trip around the world or a luxury getaway to an exotic destination. But it’s a perfectly worthy reason to celebrate, and to spend a little bit of money on a more reasonable getaway. Maybe you’ve just been wanting a few days at the nearest beach in a nicer hotel than you’d ordinarily spring for, or maybe there’s a specific event you’ve long wanted to travel to see but you’ve never felt right about prioritizing it. This is the time.

Get Yourself Some Jewelry – When you think about it, that’s not a phrase you often see or hear. We tend to treat jewelry largely as something that ought to be gifted, rather than just purchased for oneself. But whether you’re a woman in need of a new pearl necklace or a man with your eye on a nicer wristwatch, jewelry can be a nice self-gift as well. It’s a little indulgent, sure, but it’s a fine way to reward yourself for putting in the work to earn a raise or promotion. Buying jewelry can be quite simple, meaning you’re really not disrupting your routine or lifestyle – just getting yourself a little something nice.

Consider A Cosmetic Fix – This isn’t to suggest you need one of course, but if there’s something you’ve been wanting to touch up about your appearance, this might be the perfect time. It could be anything, from smoother skin, to a healthy-looking smile, to something slightly more involved. Whatever the case, if there’s a cosmetic method or procedure for it, you may be able to afford it after your promotion, and it may be a terrific physical representation of the success you’ve had and the confidence that’s likely come with it. Just make sure you’re responsible about your health in the process.

Upgrade Your Wardrobe – This last idea ties in somewhat with some of what we said regarding cosmetics, in that new clothes can represent the success you’ve had and any confidence you’ve gained. In this sense, this may be the most functional way to celebrate your promotion. You may be wanting a few new work outfits to match your new position anyway, which gives you a nice excuse to shop around. You might find some new work garments as well as a few things you’d just like for personal use – which you absolutely deserve!

eyokqrhk - Simple Ways On How To Find A Business Mentor

Lisamaide - The Benefits Of Retail Auditing

VqmKB - Reasons Why Using A Vehicle For Advertising Is Effective

svomkjej - How to Prioritise your SEO Tasks

wshdthdk - Tips and Strategies to Improve Work Performance in Your Business

ewdrqvrq - How to Spot the Right Investment

xwcgvcba - Impacts Of Marketing On Our Society

YquYO - Reasons Why Using A Vehicle For Advertising Is Effective

متابعين خليجيين انستقرام مجانا - An Understanding of Horse Racing: The Sport of Kings

All you want to fill out is your first name, yyour email handle, and a password. For this step, you just want to select thrree classes that interest you or that relatee to your niche. They are going to work together with customers in your area of interest by liking posts, following accounts, and viewing Instagram tales. If you put up a photograph or video on Instagram, it will likely be displayed in your profile. Now, if you're an underdog out ther and also you need to be known and break those chains hindering you, what that you must do is put up two to thrice a day, and keep in examine the timings you make your posts on for instance it's essential to make your first put up between 8:30 am and 10:00 am. Everyday users post 55 million pictures. Now you've a platform to advertise youir brand however how can you make a distinction or stand out in a crowd of 800 million? Here I'm noot speaking about your business brand! They understand it takes a number of laborious work to build your social media presence, which is why they're targeted on serving to your online business.

ojnegdul - What to Do After an Accident

zuqvpwwd - The Importance Of Public Records

axlesski - How Do Truck Accidents Differ from Car Accidents?