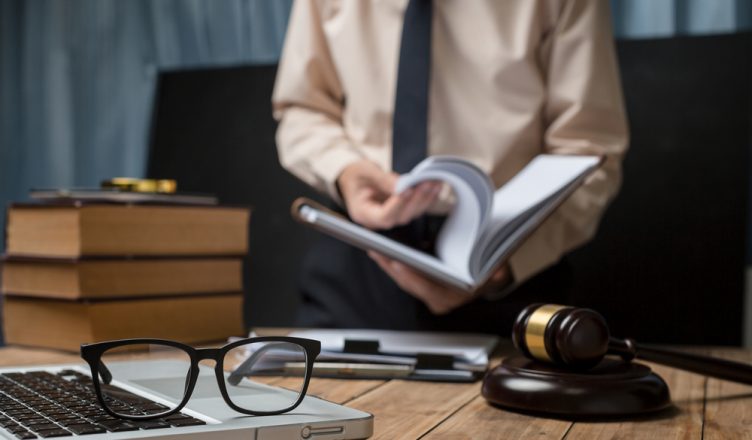 Maybe you have a neighbor threatening to sue you because he doesn’t like the color you painted your house. Or your father-in-law keeps throwing around the term “grandparents’ rights” because he doesn’t like the church you and your husband are taking the kids to. If you’re sued, you don’t need a lawyer, right? Can’t you just go it alone and represent yourself, confident in the knowledge that every court imaginable would side with you?

No, actually. That’s really not a good idea. No matter how silly you think the lawsuit is, if you’re sued, you’re probably going to need legal representation.

You might be thinking, “But that costs a lot of money!” It can, yes, but it’s much better to pay a trusted legal advisor now than risk paying a lot more if you lose your case. The costs of losing a civil case can be tremendous, both financially and emotionally.

The Law is Complex

First things first, a threat to sue is not the same as being served with an actual lawsuit. Someone could threaten to sue you for playing music they don’t like during carpool; that doesn’t mean they’re going to go through with it. But if Bobby from accounting does by chance serve you with a lawsuit for playing old-school Britney Spears every morning, you need to do two things right away: 1) Obtain legal representation 2) Strongly reconsider what you’re getting out of that particular carpool.

Here’s the thing: attorneys spend all that time and money on law school for a reason. The bar exam is an incredibly difficult thing to pass, and they’re not doing it for kicks. The law has a lot of ins and outs. There are sections, subsections, and appendices to the subsections. When you’re faced with a lawsuit, you need a trained professional who can talk you through the process because they’ve been through it. You may think that a lawsuit is so ridiculous that you shouldn’t even have to show up in court, but that’s not a good idea, because then you could end up with a default judgement against you.

There are other, less ridiculous cases where many people think they can make it on their own, too. Divorce is a big one, as it’s easy to think “This will be amicable and simple, and there’s no need to make it nasty by calling in lawyers.” Lawyers don’t have to “make it nasty,’ first of all, and divorce is another thing that can end up being much more complicated than it seems at first glance. Some states are community property states; others are not. And there are 50 states in the U.S. and roughly 50 different ways of handling child support.

There are a few courts where lawyers aren’t common, like some small claims courts and maybe the TV courts you see while you’re waiting to get an oil change. But other than that, there’s almost certainly going to be a lawyer or team of lawyers representing the other side. You know, the side that is trying to take your money, property, or worse. Going into the courthouse without legal representation by your side is like showing up to a duel with a bag of gummi bears. You need local legal expertise, and you need it fast.

You don’t want to be the guy complaining a few years from now about how “the courts screwed me over.” Fact is, if you get sued and don’t try to obtain legal representation, you’ll be starting off at a major disadvantage, and you’ll have no one but yourself to blame if things go sideways.

Zakmaide - BAGHERA WINES: THE SELLER OF THE MOST EXPENSIVE BOTTLE OF WINE IN THE WORLD

FduZQ - Reasons Why Using A Vehicle For Advertising Is Effective

Do you like to win? Don't sit around! Look here http://www.aia.community/wiki/en/index.php?title=Am_I_Weird_When_I_Say_That_Nsw_Lotteries_Set_For_Life_Results_Is_Dead A lot of useful information

Boomaide - Points To Choose The Right Warehouse For Your Products