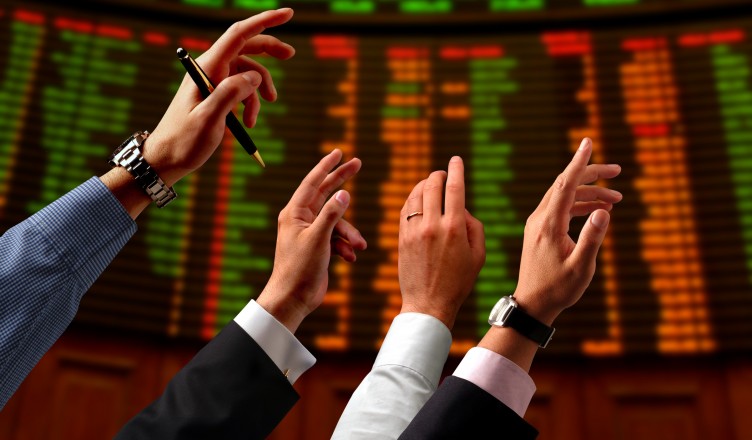 They say that money makes the world go round, and nobody understands this better than the business savvy entrepreneur. Companies are little more than an intricate machine of cogs and parts, made up of people, technology, suppliers, and clients, and capital is the oil that keeps everything running smoothly.

This means that anything which threatens your financial stability ought to be a real cause for concern, and Brexit is nothing if not a danger to your equilibrium. Indeed, its impact is likely to be so great that most commentators believe money will be the deciding factor when it comes to people casting their votes come 23rd June.

The clamour surrounding this issue has been deafening. People are desperate to know whether or not they are signing away their wealth by opting out, safeguarding it by opting in, or vice versa. They want to know how their mortgage repayments will be affected, whether their investments will fall, whether the cost of their holidays will skyrocket.

The doomsayers have been quick to respond. The AA have decried a rise in fuel costs of a predicted £500 per year per family, the Energy Secretary, Amber Rudd, has said that costs will skyrocket, and Goldman Sachs warn that stock markets will slide by around 30 per cent. Analysts have joined their voices to this clarion cry of doom, predicting drops of around 20 per cent in the value of sterling.

Yet ‘leave’ campaigners ridicule their claims, suggesting that they are nothing more than unfounded attempts at fearmongering. The truth remains elusive, and for those whose livelihoods need a constant flow of capital to survive, this is infuriating. You want to know how to do the best for your business, but it seems that conjecture abounds, whilst answers are not forthcoming.

Here, we attempt to help clarify your confusion…

Looking at the Performance of the FTSE 100

A key indicator of British economic and commercial performance is the FTSE 100, a shortlist of our nation’s top 100 companies. Although stock market disaster has been prophesied by many, Brexit has so far had no discernible impact. This is not to say that the effects of a ‘leave’ referendum would not be felt, only that the possibility of them hasn’t been so far.

However, experts such as Jason Hollands believe that this lack of impact is a trend that may well continue. He explains that:

“The UK stock market is dominated by large international companies, whose performance is not closely linked to UK domestic issues. Although markets don’t like uncertainty, and there are real risks around, the Chinese economy, US interest rates and oil-price movements are more significant risk factors.”

This trend is good news for British businesses, as it suggests that the commercial sphere is continuing to hold its own on both the domestic and international stage. Indeed, it seems likely that if a marked impact were to be felt, then it would have begun when the date of the referendum was officially announced, and this did not happen. In fact, the index has actually continually risen since this time, from 5,500 on 11th February to 6,096 now.

This doesn’t, however, negate the emergence of new trading patterns, and many investors have openly admitted that although they have not stopped trading, they have begun to look for lower-risk investments, with their primary motivation being the EU referendum and its attendant uncertainties.

The Impact on Sterling

Despite the continued health of Britain’s biggest businesses, the impact of Brexit has already been felt by those that import and/or export, namely due to the falling value of sterling. With the possibility of an exit from the EU looming, the relative worth of the pound has dropped dramatically since December 2015, with brokers like ETX Capital reporting decreases of 12.5 per cent against the euro, 6.8 per cent against the US dollar, and 11.4 per cent against the Australian dollar.

This state of affairs is likely to worsen should we vote to leave, and experts warn businesses to brace themselves for a decline in value if such a reality comes to pass. As expert Peter O’Flanagan explains:

“UK trade will be affected in the short term, because we will have to renegotiate trade deals, not only with EU countries, but with other countries where we rely on EU trade deals. This will take time. Everything will stabilise in due course, but there could be short-term pain.”

Expert Jason Hollands accedes this point, although his forecast is a little more optimistic:

“A vote to leave would be accompanied by a knee-jerk further sell-off in sterling. However, this may not be all bad. While it pushes up the cost of foreign holidays, it also makes the UK a cheaper destination for overseas visitors, and makes our exports more competitive.”

The Impact on Taxes, ISAs and Pensions

Three further areas of concern have been highlighted by UK businessmen and women: taxes, ISAs and pensions. These are key to the financial health of a company, and yet many entrepreneurs remain uncertain of how they will be impacted by either remaining within or leaving the EU.

The truth is that they needn’t factor into your decision-making at all. None are a cause for concern, and indeed none should be directly impacted. They will remain, as they have always been, set by the UK government alone, meaning that your vote will not alter them one way or the other.

As a businessman, then, your key areas of concern should be the impact upon your imports and exports if you trade internationally, tariffs, transportation, and the value of sterling. No one can give you concrete answers with regards to what either an independent or an EU future would hold, but these remain the key focal points for you to research in order to reach your final decision. Choose wisely, and your business may prosper; choose poorly, and your task will be a more difficult one. In the event, the most important thing is to use your vote one way or the other to help secure the future that you desire.

Ashmaide - The Benefits Of Retail Auditing