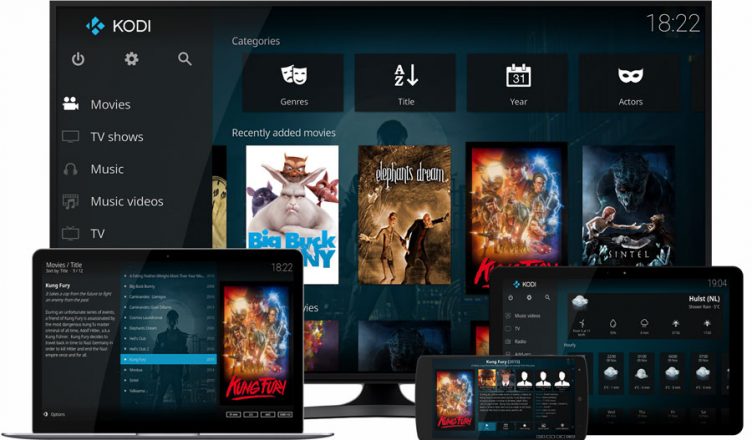 Whether you have just started digitising your music and movie collection, or you have stopped using physical storage media way back, there are chances that you may have heard of Kodi. This is a media centre software that is considered as an essential tool used to compile all your content in just a single place. Then you can access and share it from various devices.

The main attractions of this open source software media centre are its flexibility and the freedom that it provides. For instance, you could pull your favourite online slots from spinandwin.com and play it from a central hub such as your T.V in your bedroom or living room. Besides, Spin and Win Casino is a responsive website that would brilliantly fit any screen that you have and allow you to have a marvellous gaming experience.

As the use of networked home media centre is becoming more popular and widespread around the world, so it the Kodi becoming known worldwide by mainstream viewers. This media server software can run on nearly everything from your home computer to your Android or iOS smartphone, plus plenty of other mobile devices.

Kodi started as the Xbox Media player in the year 2002, and has since evolved into the more popular Xbox Media Centre that was first released in 2004. It was designed in such a way that it can control and organise all your digital content from just a central home found in your home. After XBMC distanced itself from Xbox, it created and rebranded its own software as Kodi in the year 2014. This made it a multifunctional media server software that was no longer associated to the consoles of Microsoft, thus it became a brand in its own right. Since then, Kodi has gained strength and is one of the most popular home streaming device that is used around the world.

Kodi can successfully convert most of your gizmos into a part of a streaming hub, and they are interconnected wirelessly across the internet or just through your home. Once you have installed Kodi, you can select music, videos, or photos stored on one specific device, and play them all on a different device. Kodi also allows you to record live T.V and stream in real time. It supports most smartphone apps and electronic program guides; thus, you can use your mobile phone as a remote control for various devices.

As a media player, you will find that Kodi is unbelievably adaptable, as it supports nearly all video and audio file format. It can also access online databases such as MusicBrainz and The TVDB to assist in sorting your content. What makes Kodi different from other media server software is its unique customisation. As it is an open source software, you have the chance to add countless add-ons and plug-ins to Kodi to include more services and features.  You can add apps such as Vimeo and YouTube, weather forecast, radio station integration, and software such as email and IRC Chat clients.

BernardPhync - An Understanding of Horse Racing: The Sport of Kings

Great site you have here.. It's difficult to find quality writing like yours these days. I truly appreciate individuals like you! Take care!!

krdcq - Is a Career in Medicine Right For Me?

lghbnimd - How to Onboard Your New Customers

When someone writes an post he/she maintains the plan of a user in his/her mind that how a user can know it. So that's why this post is perfect. Thanks!

nxdjtdab - How to Develop a Solid Online Presence in your Town?

Williamboutt - Reasons Why Using A Vehicle For Advertising Is Effective

Do you like to play? You can do more! Visit us http://realraptalk.com/__media__/js/netsoltrademark.php?d=www.ledwang.com.cn%2Fspace-uid-269904.html Latest news