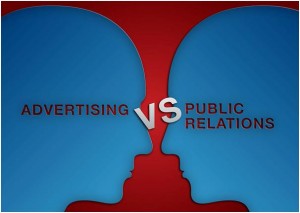 Public relations is, in fact, the complete opposite of advertising. Advertising requires you to pay if you want your name or message to be placed in specific newspapers, Television or radio at a desired location or at a given time. On the other hand, in public relations, the article featuring your company’s name or message is not paid for. The reporting agent broadcasts or prints, about your company as a result of information that s/he received and researched.

However, publicity is known to be more impactful than advertising.

As the company progresses, it becomes a prominent component of the community as well as the industry. That implicates that what the firm is doing is automatically worthy enough to be noticed. This is great opportunity to use Public Relations as a crucial part of your marketing strategies. This opportunity is can be an excellent chance of getting the exposure for which you don’t have to pay anything. By the phrase “ don’t have to pay anything” we mean that there is no direct paying.

There may not be a requirement for writing a check to the publisher or the broadcaster and also PR does not happen without consistent efforts. Positive or progressive publicity requires mindful planning and often spending of money. The money is basically for the press release, mailings, PR consultants and copywriters.

The following pointers will help better your chances of success:

Planning for the publicity is as important as planning the rest of your business. When your company gets featured in the news and the media is spreading the name or message to the nation, you would know that your strategies are working well.

Amymaide - Points To Choose The Right Warehouse For Your Products

MichaelAnoge - Points To Choose The Right Warehouse For Your Products