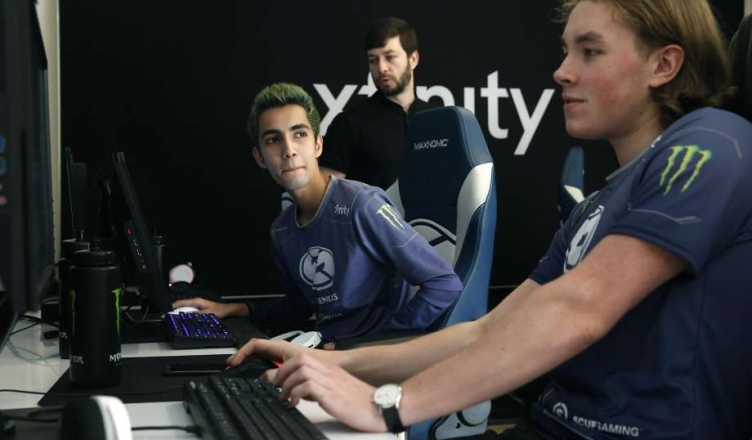 Article written by Benjamin Johnstone, a journalist for http://www.comparelotto.com/

Video gaming is evolving. From the early years of printed circuit boards and game cartridges to 3D and virtual reality gaming. Technology has given a new meaning to the word ‘gaming’. Where video gaming was once seen as a hobby for teenagers, sitting in their dark rooms, staring into a television screen for hours on end; we are now witnesses to a revolution in gaming – esports.

If you are not familiar with eports all will be explained later, but first, a little bit of history. The 70s gave birth to the first ever video game – Computer Space – an arcade game created by Nolan Bushnell and Ted Dabney (who would later go on to create Atari) Computer Space was the first commercially sold video game ever made, although few remember it. Fast forward to 1972 which saw the aforementioned rise of Atari with the release of the ever famous Pong video game – if you cannot remember Pong then watch this clip to refresh your memory. The late 70s introduced space invaders to the world and in the 1980s one of the most famous video gaming characters in history was created, Mario. Following Mario was the Nintendo Gameboy which catapulted the portable gaming industry. To date Nintendo has sold over 400 million of these portable devices. PlayStation and Sega then battled for dominance of the console video game market in the war of the PlayStation 1 v the Sega Mega drive. Then it was Nintendo’s turn to take the fight to PlayStation as they released the Nintendo 64 console. The turn of the century witnessed Microsoft enter the video gaming market. Online gaming followed where friends could play their video games online with each other over the internet. More consoles followed, many thousands of games followed and by 2014 there were over 2 billion video gamers world wide – almost a quarter of the population of the world are playing video games.

The rise of competitive gaming

The internet has revolutionized video gaming. What started as human against computer has now led to human v human. Video game tournaments take place all over the world, the world of competitive gaming is a phenomenon which is now massive. No longer just a simple pastime or a hobby, video gaming has become a sport in its own right and many now claim video gaming as their occupation.

YouTube and Twitch have become beacons for anyone with a computer and internet connection to stream their gameplay to the world. Video game streamers such as Felix Kjellberg aka PewDiePie have earned millions producing online videos of themselves playing video games. Of course, it’s not as straightforward as it seems, to build a following online of people who actually want to sit and watch you play games takes a lot of dedication and hard work, to become a success and earn a living from streaming video games is a full time job that requires originality, dedication and hours of work.

The success of video gamers streaming their gameplay via YouTube and Twitch has led to the rise of competitive gaming, aka esports. Countries around the world are hosting gaming tournaments which offer cash prizes as well as trophies. E-Sports tournaments regular attract thousands of viewers whilst the best gamers are treated like rock stars by their adorning fans. Popular esports games include League of Legends – an online PC game where players assume the role of a ‘summoner’ and a ‘champion’ to fight against one another in teams, Counter Strike – a first person shooter objective based game in which you can team up with your friends online or play individually and Overwatch – a multiplayer game in which the player can select a number of unique and bizarre characters to play and battle online with. It is now even possible to place bets on the most popular esports games and competitors – gaming has become a spectator sport in its own right.

Esports have become so popular that television sport broadcasters have begun buying broadcasting rights for e sports tournaments. Recently, BT Sport, who hold exclusive rights to broadcast Champions League football in the UK, commenced broadcast of Fifa 17s international regional finals. To show you how popular the game is, the winning player is set to receive a prize of over one million dollars.

Plainly, Video gaming is looking set to become an even larger industry than it already is. Earlier this year it was reported that the video games market is worth $99.6 billion in revenue and with mainstream television broadcasters beginning to air e-sporting tournaments, this figure is only going to rise.

So, traveling the world, playing video games, being worshipped as a god like figure by an unlimited fan base – who wouldn’t want to be a professional gamer?

TimothyFuefe - How to Onboard Your New Customers