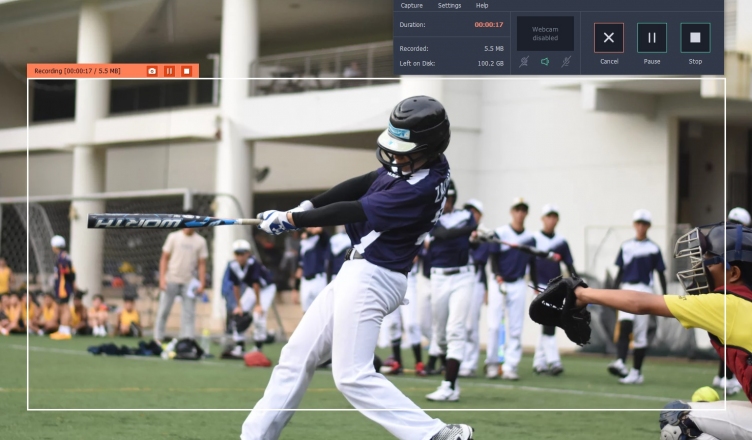 Have you ever been listening to an audio stream on a website and wanted to save it so that you can listen to it when you aren’t online or transfer it over to your MP3 player? Unfortunately as you probably have realized most audio streams don’t have that option – but that doesn’t mean it isn’t possible.

If you want to save audio from a website, your best bet is to record it. By recording the audio you will then be able to save it onto your hard drive so that you can listen to it when you aren’t online or transfer it to any device. In fact you could even burn it onto a CD if you like.

One of the easiest ways to record audio in this fashion is with Movavi Screen Recorder. Despite being a tool to record video, it is more than capable of recording audio as well – and is really easy to set up.

Assuming you already have some audio that you’d like to record, open the website containing it but don’t play it just yet. Instead, launch Movavi Screen Recorder so that you can set it up to record that audio.

Normally when you launch Movavi Screen Recorder the first thing you’d do is define the capture area. In this case that doesn’t really matter though, and you can click anywhere so that the capture interface appears.

On the capture interface you should look for the ‘System Audio’ icon and make sure it is highlighted, or click on it once to enable it if it is not. Ideally the ‘Microphone’ icon shouldn’t be highlighted, otherwise Movavi Screen Recorder will attempt to capture audio from it and that could interfere with the audio that you’re trying to save.

When you’re ready you can then click ‘REC’ and play the audio so that it starts to record. Once it is done, click ‘Stop’ and go over the recording in the ‘Preview’ window that pops up. To save the results as an audio file, click ‘Save As’ then select MP3 or one of the other audio formats.

That is all that you need to know about how to record audio from a website. All in all it shouldn’t take you very long to become familiar with Movavi Screen Recorder, and you may want to explore its features that will let you record videos and define their capture parameters as well.

where can i buy gabapentin india levitra

Bleprig - Things That We Should Bring to the Dorm Room

real cialis online To obtain pcDNA3LK8, the Dra II Nar I fragment of pcDNA3HK1 was inserted into pBlueLK1EcoRI, and the resulting fragment was reinserted in pcDNA3LK1728

Estebanvab - How to Onboard Your New Customers

Daviddor - How to Onboard Your New Customers

Matthewskima - How to Onboard Your New Customers

DavisWab - How to Onboard Your New Customers

CraigMeasp - How to Onboard Your New Customers